Love is in the ai– I mean in PS Vita.

Year 2017 was already a great year for the fans of otome genre (Period Cube, Hakuoki: Kyoto Winds, Collar X Malice, Bad Apple Wars) but as some you are aware, we are off to a great start of the year as well. With Hakuoki Edo Blossoms and Code: Realize ~ Future Blessings~ just released:

This month of April, we have Psychedelica of the Black Butterfly coming out on the 27th. 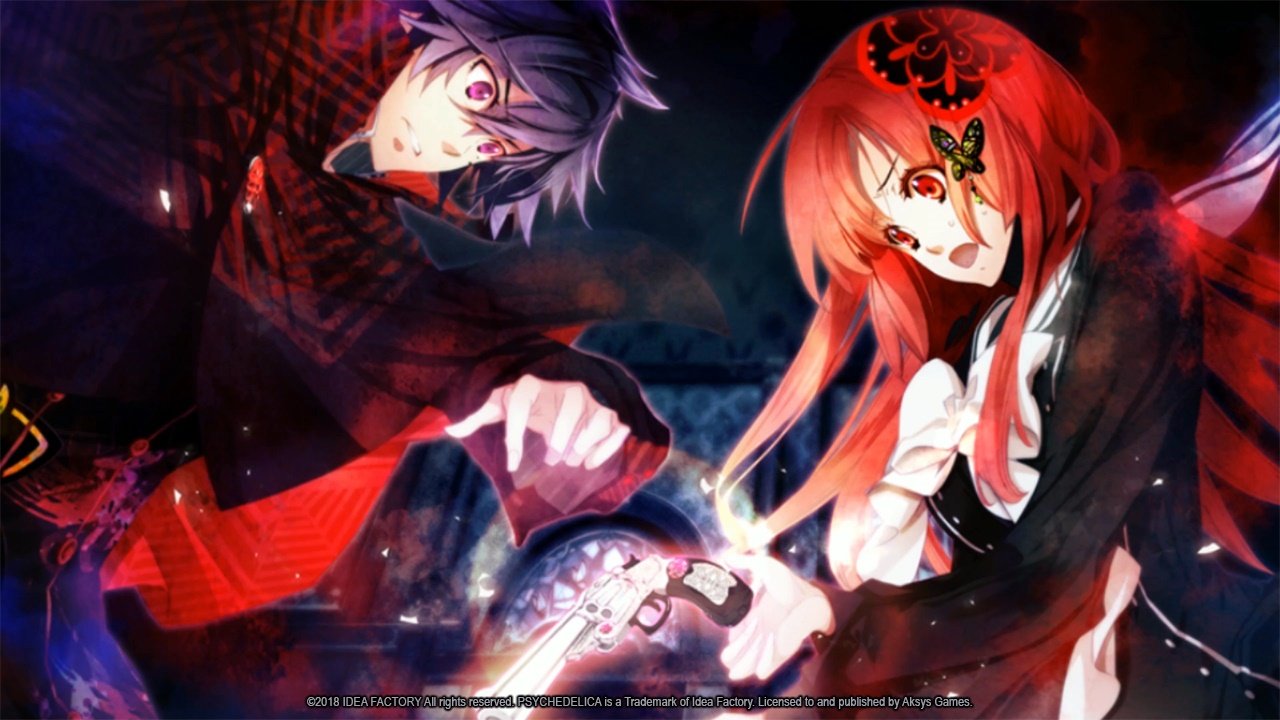 Amnesia? Or not. While it may seem like an overuse premise, the actual setting and theme of the game might have given it the perfect choice to have our protagonist with no memories – adding a suspense factor as they promote.

“Psychedelica of the Black Butterfly is a suspense-filled tale of a young woman and her companions on a quest to recover their lost memories. Combining elegant artwork, stunning romances, and a mysterious setting, Psychedelica of the Black Butterfly offers a unique, amazing experience. The story begins with a young woman waking up within the coldness of an unknown, mysterious mansion with no recollection of how she got there. Adding to her confusion, she can no longer remember her name or past. However, before she can come to grips with her predicament, she is suddenly attacked by a grotesque monster and is forced to run for her life.” [amazon.ca]

In less than a month, another otome game is set to be released. Yes, 7’scarlet comes out on May 25. 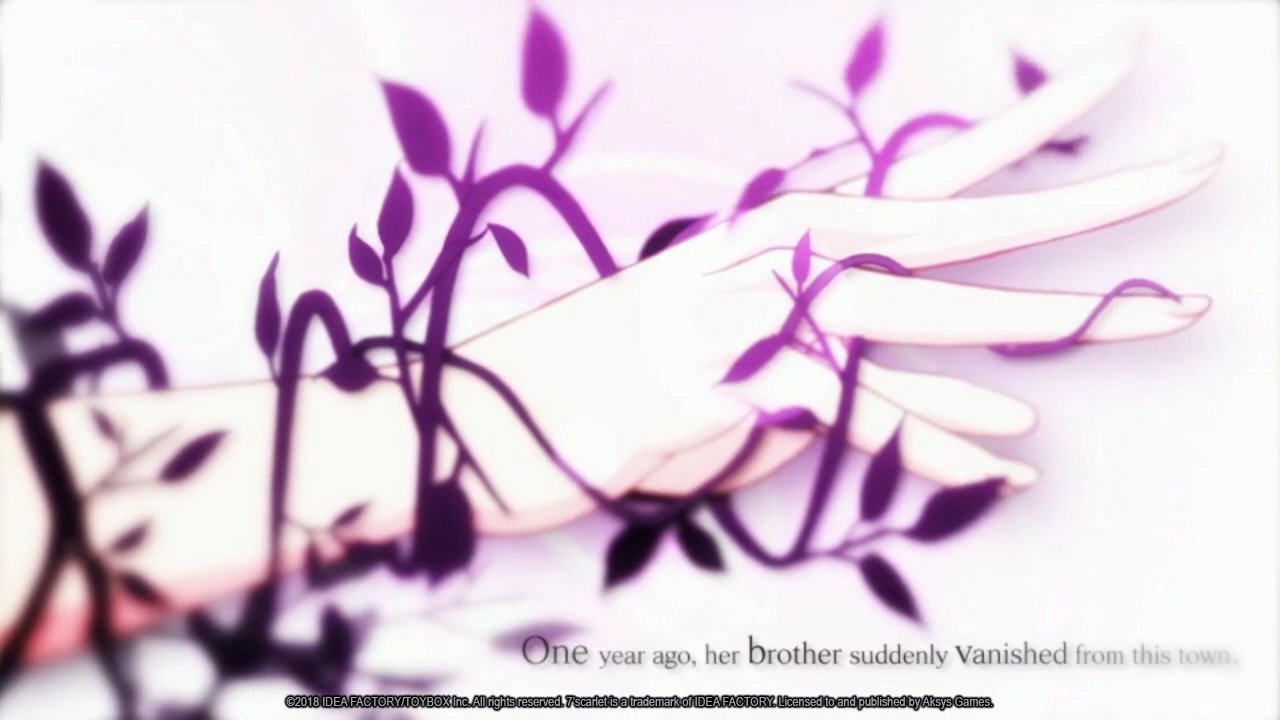 It looks like we will have another take of a girl on a quest to find his missing brother… with her childhood friend. Don’t get me wrong, I eventually will still get this game .

“Aksys Games is proud to announce the moonlit wonder of 7’scarlet, a beautifully interwoven story of suspense, romance, and mystery. Take on the role of a brave young woman journeying into the unknown to uncover dangerous truths and locate her missing brother. The remote town of Okune-zato is shaped like a crescent moon and shrouded in dark myths and legends. Following the disappearance of her brother, the protagonist ventures to Okune-zato with her childhood friend. They find the area rife with mystery and populated by intriguing characters, each harboring their own hidden motivations. Encounter heart-racing twists and turns as you dig deeper into the story.” [amazon.ca]

And on June 29, we will also get Psychedelica of the Ashen Hawk. 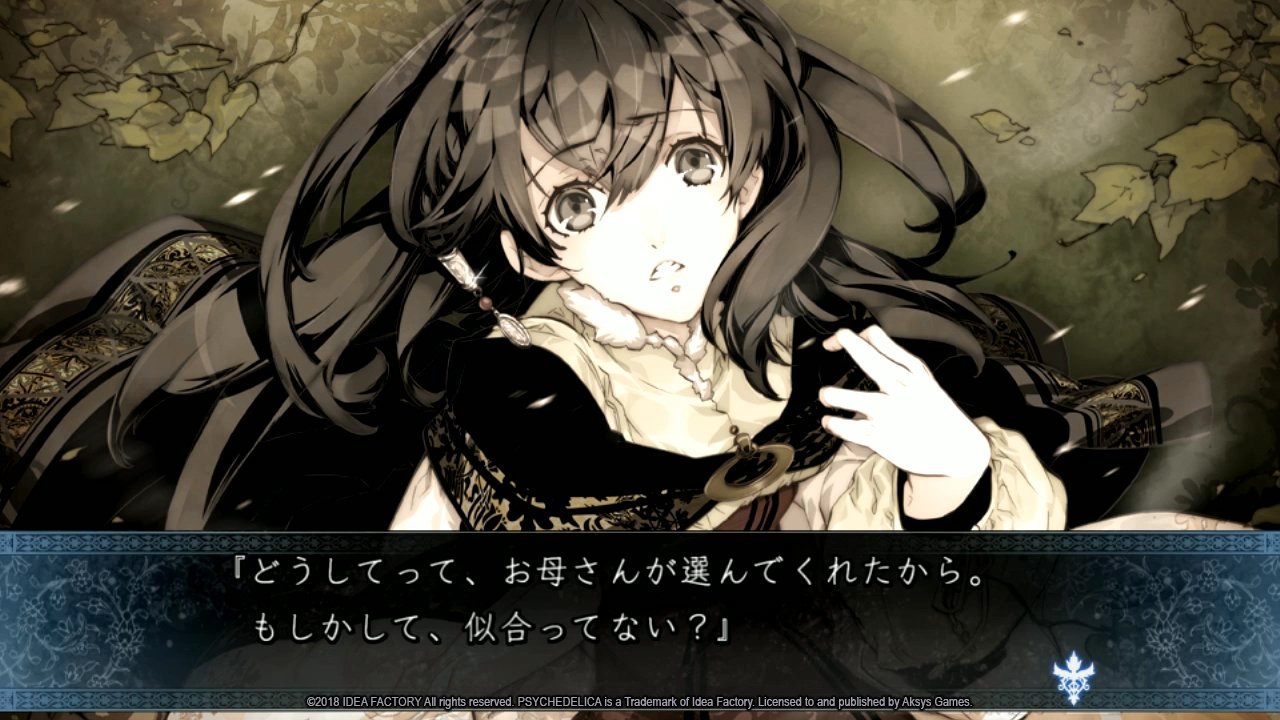 A game that continue to shun away from bright fluffiness, it certainly attempts to widen the range of the genre becoming available here in the west.

“Psychedelica of the Ashen Hawk will swoop down on North America exclusively for the PlayStation®Vita handheld entertainment system. It is a suspense-¬filled tale of a young woman who was born with an eye that gleams with a scarlet light. In order to avoid being cast out, she masquerades as a young boy and lives in a derelict tower on the outskirts of town. One day a mysterious treasure is stolen from the city church. Our heroine learns that not only do magic stones exist and are hidden within the city, but also the secret of…” [amazon.ca]

That’s it for Aksys Games on PS Vita for now. All said games are now available for pre-order and I’m so ready for it.Which will you be getting on Day One?